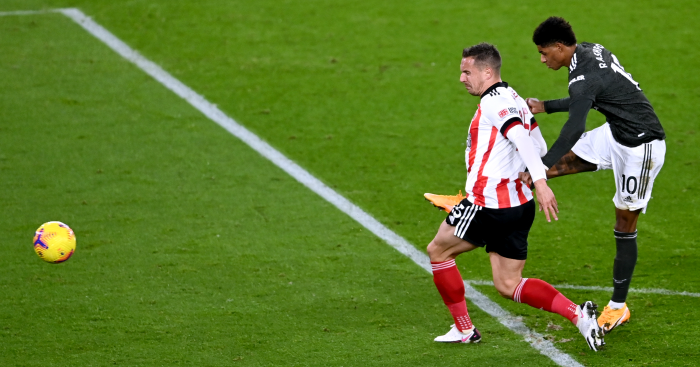 With United trailing against the Premier League’s bottom side, Rashford scored his side’s equaliser in the first-half, slamming a shot past Aaron Ramsdale.

At the start of the second period, Ole Gunnar Solskjaer’s team were ahead due to Anthony Martial’s strike and looked to consolidate their lead.

Rashford received the ball on the left-hand touchline and instantly slipped the ball through Jagielka’s legs.

Riding one challenge and skipping past another, the England international carried the ball to the edge of the area before laying it off to Mason Greenwood.

The 23-year-old made it 3-1 moments later and United held on after David McGoldrick scored his second goal of the game in the 87th minute.

Can you name the top 15 goalscorers in Premier League Manchester derbies?