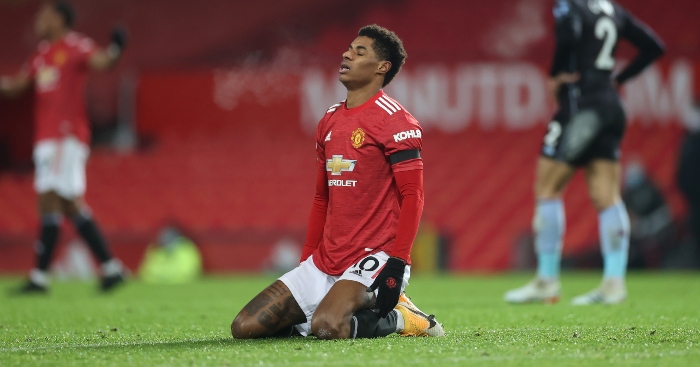 Manchester United have so many ways of threatening the opposition and plenty of them were on show during their 2-1 win over Aston Villa.

Marcus Rashford provides a varied threat on his own, offering direct running and the ability to finish in plenty of different ways.

Against Villa, the 23-year-old nutmegged John McGinn and also showcased his incredible footwork during a brilliant solo run in the second half.

When the forward did eventually make an effort it wasn’t his best, but there is so much to appreciate in the dribble to work that position for himself.

There’s the close control, the sense of complete authority he has over the situation and the awareness to find pockets of space that are all brilliant.

We absolutely love seeing Rashford causing havoc among opposition defences and this was one of the times he definitely had them on the ropes.

Dont think people are deeping how smooth this dribble is pic.twitter.com/FjhciKPYMZ