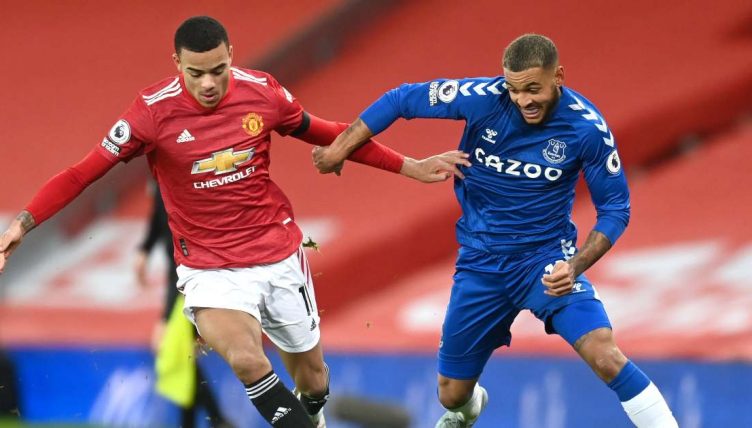 Despite failing to get on the scoresheet, Mason Greenwood looked back to his best during Manchester United‘s 3-3 draw with Everton.

Greenwood enjoyed a brilliant breakthrough season in 2019-20, becoming the first player aged 18 or under to score 10 goals in a Premier League season since Michael Owen in 1997-98.

The England international has struggled to replicate that form in 2020-21, scoring just one goal in 17 Premier League appearances.

“Everything is a test,” Ole Gunnar Solskjaer said in January. “We talk about the second-season syndrome and if you take your eye off the ball for a slight second the Premier League is unforgiving.

“I have always said that 99% effort is 100% failure. And of course players who ease off in training every single day a bit – I’m not saying this is Mason, I am saying it’s the case for every single one – it’s always a learning curve and test.”

He then delivered a timely reminder of his ability against Everton, leaving Lucas Digne on the floor before sending Andre Gomes for a hotdog.

After doing all the hard work, the 19-year-old then dragged his shot wide but Solskjaer would’ve been encouraged by his performance.

One of the few positives from yesterday: Mason greenwood. Looked back to his best recently, toyed with Digne all game. Hopefully he can start bagging again. Keep it up @masongreenwood pic.twitter.com/oi871mKSue