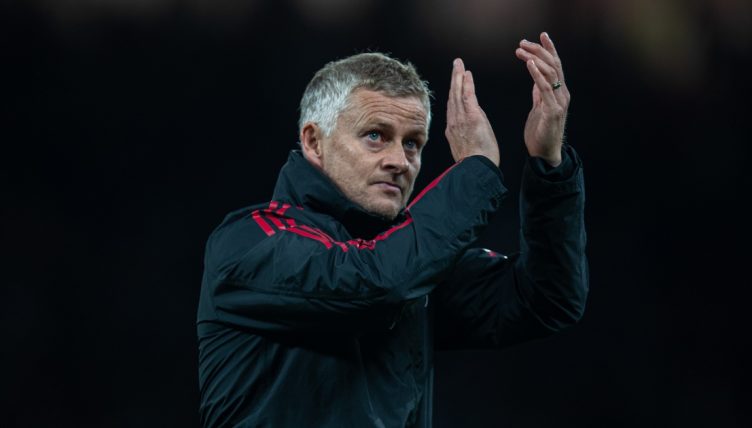 Cristiano Ronaldo’s late winner during Manchester United‘s 2-1 triumph over Villarreal almost blew the roof off Old Trafford – and the celebrations in the stands were matched by manager Ole Gunnar Solskjaer and goalscorer Alex Telles.

United entered Wednesday’s Champions League match needing a win after three defeats in their last four matches in all competitions.

But they found themselves a goal down against their Spanish opponents shortly after half-time before Telles drew them level with a stunning volley from the edge of the area.

Solskjaer’s side frantically searched for a winner and Ronaldo popped up in the 95th minute to secure a precious three points for United.

As the goal went in, Solskjaer pumped his fists with delight and was engulfed in a bear hug from Telles on the touchline.

After the match, the United boss praised the performance of David de Gea: “Thankfully we had the best goalkeeper in the world tonight,” Solskjaer said.

‘David was fantastic. Second-half, they had more of the ball, was open and they deserved to lead.

“He had a difficult summer after [the Europa League final], he went to the Euros, didn’t play there but he’s really come back with a determination, a belief and work-rate I enjoy. And in this game he got his deserved outcome because he saved us.

“He saved us tonight. We have to be realistic and say that.”