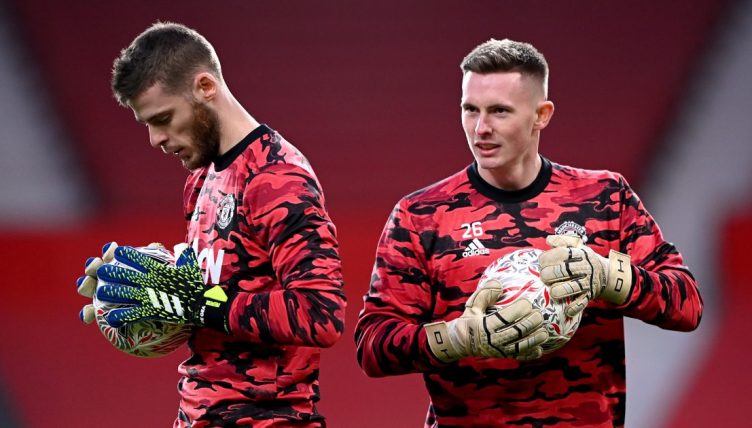 Having made a number of high-profile errors, De Gea has seemingly been replaced by Henderson as United’s No.1 in recent weeks.

According to the Manchester Evening News, the Spain international is unhappy with his current situation at Old Trafford and could leave at the end of the season.

“David has had 10 fantastic years at United and he’s had challengers [before],” Solskjaer said. “Of course they want to play – Dean has given it his all because everyone wants that place in the team. David does as well and it’s a healthy competition.

“Goalkeeper departments are a very tight-knit group. They work together in preparation, they have different gym sessions, individual sessions [to the rest of the squad], they stay together more.

“Naturally they create a bond and the spirit in the goalkeeping department has been top. But it’s a healthy competition.”

Ahead of United’s Europa League clash against Granada, Solskjaer tried to diffuse any issues and jokingly told the club photographers to get ‘smiley photos’ of the goalkeepers.

Solskjær: "Get some smiley pictures of them keepers. There's a warzone around here in the press." #mulive [beanyman sports] pic.twitter.com/nVuIItOdNE