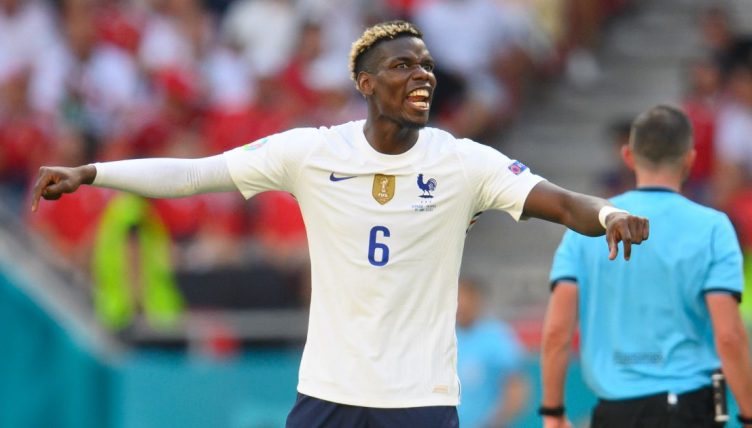 Manchester United‘s Paul Pogba has been showcasing his best skills during his time with the France squad at Euro 2020.

Pogba’s stunning pass led to Mats Hummels’ own goal in France’s opening victory over Germany, and he was then named Man of the Match.

After a subdued performance against Hungary, the midfielder was back to his best in their 2-2 draw with reigning champions Portugal.

He picked out Kylian Mbappe with a brilliant through ball in the first half before setting up Karim Benzema’s second goal in the 47th minute.

“For me, having watched the group stages, he’s the player of the tournament,” Andros Townsend said on ITV after the game against Portugal.

“Some of his passes and touches… his pass to Mbappe was one of the best I’ve ever seen. The back-four is compact but somehow he squeezes the ball around to Mbappe.

“When he plays for United he’s not far behind that but in England we don’t appreciate Pogba. We appreciate those that kick hard and run for 90 minutes and that’s not Pogba. We don’t respect him enough in this country.”

Pogba is clearly full of confidence and produced a moment of magic in training ahead of France’s last-16 game against Switzerland.

He turned his back on a lengthy lofted pass from Presnel Kimpembe before bringing the ball under control with a brilliant first touch.