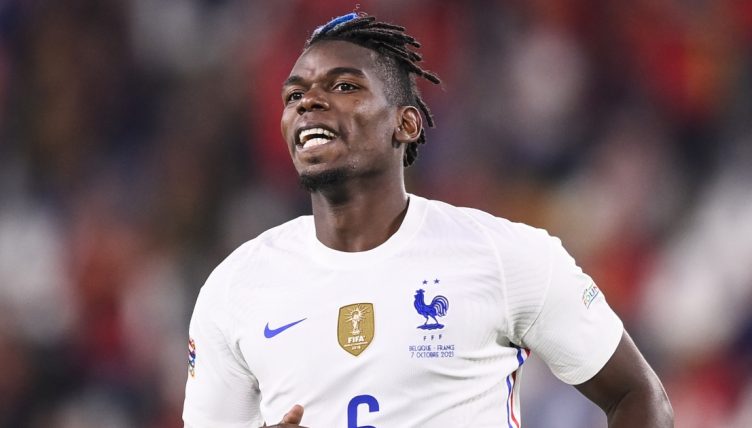 Manchester United star Paul Pogba was spotted limping off with a nasty-looking injury during a training session with the France national team this Monday.

Pogba, who has featured in nine Premier League games for the Red Devils so far this season, was seen clutching his right leg as he hobbled the field at Les Bleus Clairefontaine training ground after he attempted a shooting drill.

Following the injury, the midfielder left the session with the team’s doctor and later had his withdrawal from the national team’s squad confirmed, meaning he will now miss their games against Kazakhstan and Finland.

According to reports from French outlet RMC Sport, Pogba won’t play again in 2021 and is expected to be out for eight to 10 weeks.

His injury setback could open the door to Donny van de Beek, who has made just two substitute appearances in the Premier League in 2021-22.

🚨 | The moment Paul Pogba suffered an injury in training with France pic.twitter.com/jGHJYQLb6H