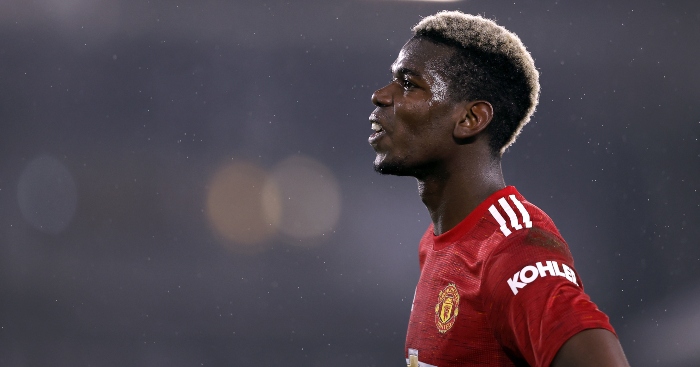 After a difficult start to the season, Manchester United‘s Paul Pogba has rediscovered some of his best form in recent weeks.

Pogba scored a brilliant goal in United’s 1-0 win over Burnley last week and followed that up with a sensational winner against Fulham on Wednesday night.

The France international also showcased his incredible passing range at Craven Cottage, rolling his foot over the ball before picking out Bruno Fernandes with a lofted pass in injury time.

“Paul’s enjoying his football, he’s mentally very happy, he’s physically in very good shape and we know all about his talent,” Ole Gunnar Solskjaer said after the game.

“We’ve always said Pogba can do everything, he can play wide, in central midfield, create chances and score goals. He’s really come on. The key was getting him match fit. Today he was in midfield and he was so committed and got tackles in as well as his goal.”