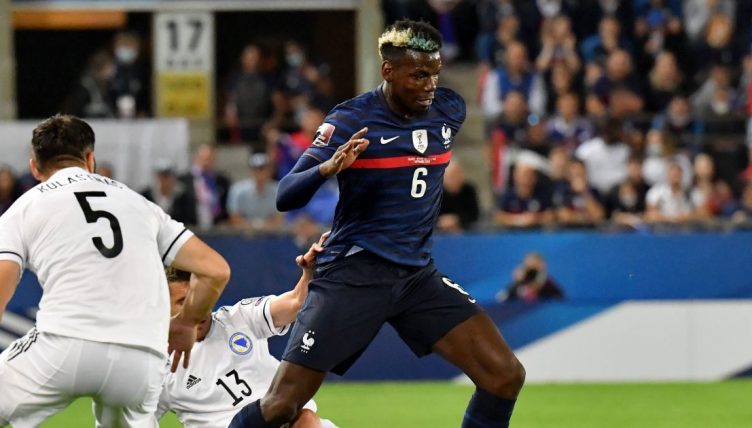 The midfielder then set up Mason Greenwood’s equaliser against Southampton and produced another impressive performance in their 1-0 win over Wolves.

Along with United team-mate Raphael Varane, he was then named in Didier Deschamps’ starting Xl for France’s World Cup qualifier against Bosnia.

During the opening stages at the Stade de la Meinau, Pogba intercepted the ball in his own penalty area before picking out Kylian Mbappe with an inch-perfect long pass.

Edin Dzeko gave Bosnia the lead with a drilled effort from outside of the box but Antoine Griezmann, who has just re-joined Atletico Madrid from Barcelona, equalised moments later.

Jules Kounde was sent off for hosts France early in the second half but neither side were able to find a winner.