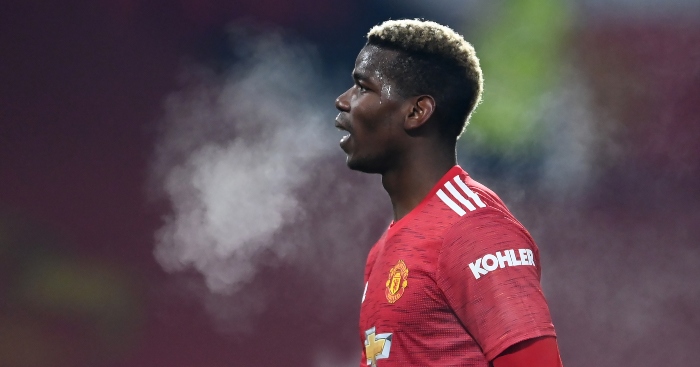 Paul Pogba managed to silence his doubters by producing a man-of-the-match performance in Manchester United‘s 2-1 win over Aston Villa.

Pogba* had been heavily criticised for his performances at the start of the season but has rediscovered his best form in recent weeks.

The midfielder started the move for Anthony Martial’s opening goal against Villa, producing a brilliant flick over John McGinn before laying the ball off to Marcus Rashford.

He also won the penalty that Bruno Fernandes converted in the second half and United are now level on points with leaders Liverpool.

“We’re happy with his contribution,” Ole Gunnar Solskjaer said after the game. “It’s important we get Paul on the ball, whether it’s low in the pitch or higher in between the lines.

“I know he started off wide while defending, but we wanted him to make runs in behind and get on the ball. His physical presence is important for us because we knew they are one of the strongest sides physically in the league.

“We needed players to match them and Paul showed his strength and skill for Anthony’s goal. Tonight I was delighted with his performance.”

this is the pogba I know and love pic.twitter.com/gPnKu9yknE