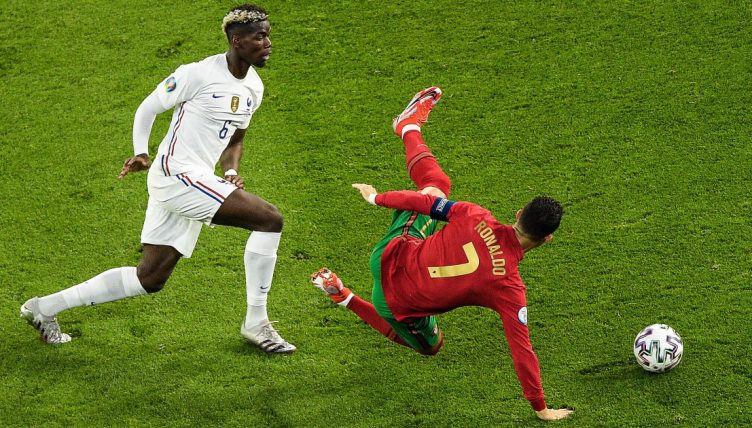 There was plenty of hype behind Portugal’s clash with France in the final round of group stage matches of Euro 2020, and it definitely lived up to the hype. Big-name players like Cristiano Ronaldo, Paul Pogba and Karim Benzema all stepped up the plate.

Ronaldo converted a pair of penalties to move level with Iran’s Ali Daei as the joint all-time top scorer in the history of international football. Benzema also notched a brace, scoring his first goals for Les Bleus since his recall after six years away with a penalty for the first and a composed finish for the second.

Pogba also had a lively performance in midfield for France. He threaded a lovely ball for Benzema’s second goal, which was originally flagged offside before VAR showed that the Real Madrid striker was in fact onside.

The Manchester United star had already given Portugal’s backline a warning in the opening stages, one which they evidently failed to heed. He played an absolutely brilliant through ball to break the lines and find Kylian Mbappe running at goal.

Mbappe failed to beat Rui Patricio with his shot, but had he scored it would have gone down as one of the assists of the tournament from Pogba.

It counts for Karim Benzema!