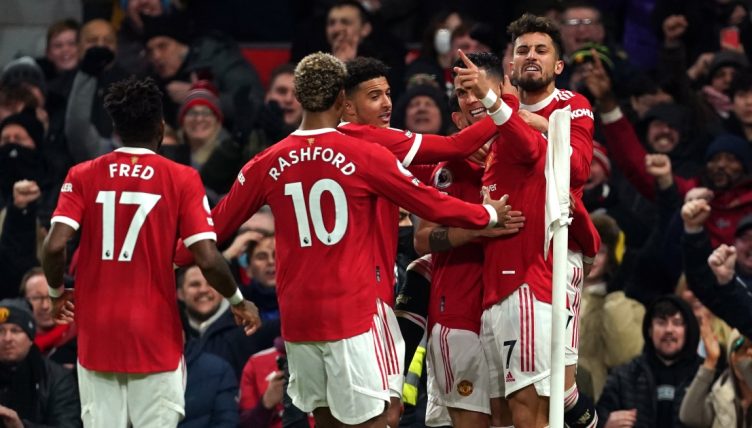 Manchester United forward Cristiano Ronaldo made history by scoring two goals in their 3-2 win against Arsenal at Old Trafford.

Martin Odegaard scored an equaliser moments later, but the Portugal international restored United’s lead with a penalty in the 70th minute.

After making it 3-2, he sprinted to the touchline and produced his trademark ‘SIUUU’ celebration in the corner. But Ronaldo wasn’t alone as United team-mates Jadon Sancho and Diogo Dalot decided to imitate his move.

“I started to say ‘Si’, which is like ‘yes’ when I was at Real Madrid. When we win, everyone says ‘SIUUU’ and I started to say it, I don’t know why. It was natural,” Ronaldo told DAZN Italia in 2019.

“I scored a goal and I did that [the celebration]. People asked me why did I do it and I don’t know why. It was natural! Because I always say, the best things come in a natural way.”

Another angle of Sancho and Dalot joining in on the SIIUUUU.
Cristiano Ronaldo is such an inspiration. 🐐 pic.twitter.com/easLS9uv4O