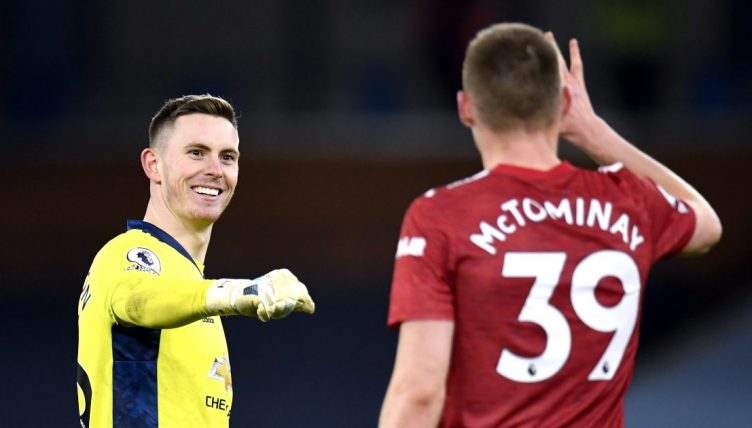 Anthony Taylor may have awarded Manchester United a crucial early penalty in their derby victory over Manchester City, but that didn’t stop Scott McTominay from kicking the ball at the referee’s head.

Bruno Fernandes silenced his critics and scored from the spot after Gabriel Jesus fouled Antony Martial inside the first 30 seconds.

City hit the woodwork through Rodri before Luke Shaw capped off an impressive performance with his second-half goal.

McTominay, who scored in United’s win over City in March 2020, was disciplined in the middle of the park alongside the energetic Fred.

Phil Foden impressed after coming off the bench for City, but McTominay made a brilliant tackle on the 20-year-old in injury time.

However, McTominay’s clearance accidentally hit the referee in the face and City were then awarded a drop-ball.

Ole Gunnar Solskjaer’s side held on for the win and moved back up to second in the Premier League, 11 points behind City.