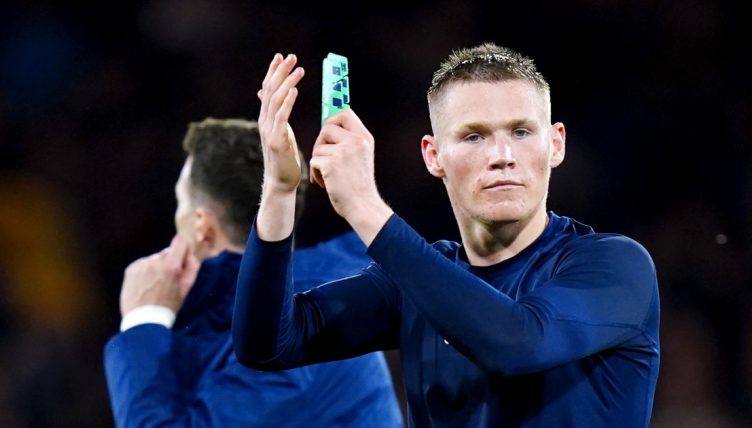 McTominay had never scored for his country before Saturday’s qualifier but found himself in the right place at the right time to keep Scotland’s World Cup hopes alive.

Israel had led twice but goals from John McGinn and Lyndon Dykes drew Scotland level during a thrilling contest.

And the United man was on hand to bundle home a corner to send Hampden wild.

Straining over the pandemonium in the stands as he spoke to Sky Sports, McTominay said: “It’s not the best one I’ll score but in terms of importance, as you can see from the fans here, it’s amazing.

“I can’t put it into words,” he told Sky Sports. “I don’t know what minute it was but it’s one I’ll never forget.”

An emotional McTominay had little time to talk through the goal itself and instead wanted to salute his grandparent – without whom he wouldn’t be representing Scotland.

He added: “Do you know what, before the game it was my grandad’s birthday on Monday, I knew that I had to score for his birthday. That was one for my grandpa and gran who started it all.”