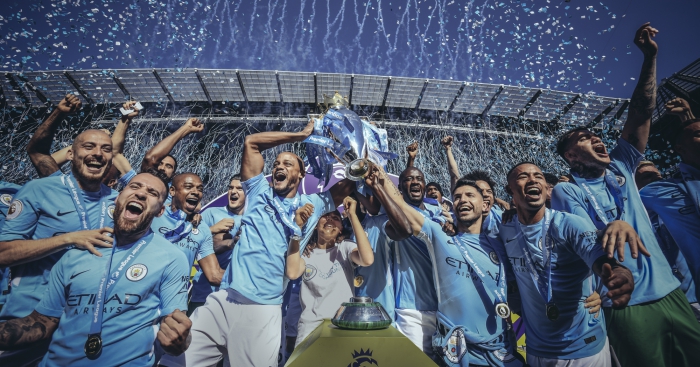 Manchester City have celebrated their Premier League title win in a unique fashion, projecting images of each player onto buildings in their hometown.

It was United who handed the trophy to their neighbours, losing at home to then-bottom West Brom just a week after coming from 2-0 down to defeat City 3-2 at the Etihad.

The video below shows each of the projections around the world preceded by text which reads: “To celebrate this record-breaking season, the club wanted to thank the players in a way that has never been done before.

“Hours after we lifted the trophy, across three continents, we lit up 25 cities.

“We projected images of the players onto personal locations in each of their home towns to share our celebrations with the communities where their football talents were first developed.”