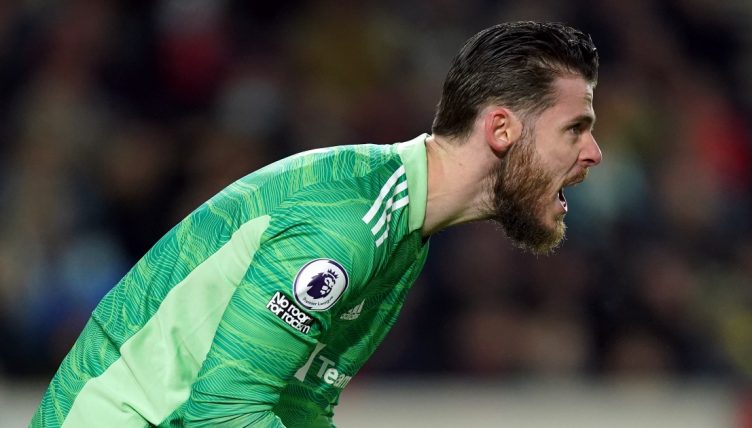 De Gea has largely been viewed as one of United’s best performers this season and showed his class to deny a powerful Moder header inside the box.

Ralf Rangnick’s side are in search of a vital three points in the Premier league after recent slip-ups against Southampton and Burnley.

The 31-year-old goalkeeper – aiming to register his 128th clean sheet in the English top-flight – saved United’s blushes in the 38th minute.

Joel Veltman crossed for Moder who found himself unmarked on the penalty spot but De Gea prevented the goal-bound header from nestling into the Stretford End net at full-stretch.

The Spain international is certainly showing why his current boss rates him so highly, comparing his pedigree to Bayern Munich goalkeeper Manuel Neuer.

“Well, I think they are both definitely on the list of the top five goalkeepers in the world, maybe even in the top three,” Rangnick told club media in January.

“They are both in a fantastic shape, physically and, as well as on the line, when it’s about controlling the box, David De Gea is probably one of the best, if not the best, in the world and we are very happy to have him.”