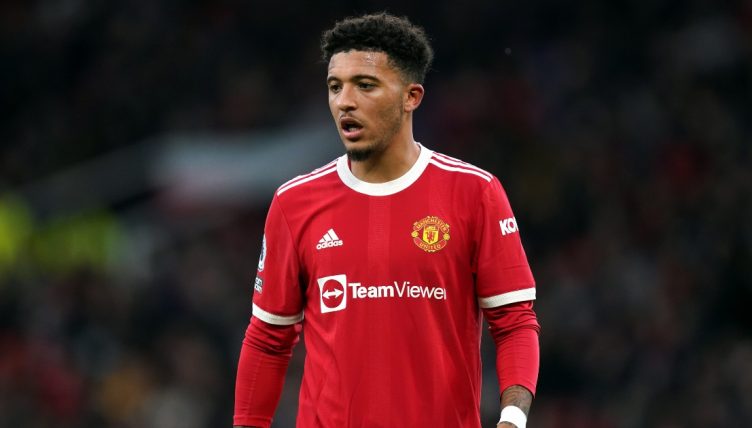 Jadon Sancho was dropped to the substitutes bench for Manchester United’s 1-1 draw at Newcastle on Monday evening – but showed flashes of his immense talent during his second-half cameo.

United interim boss Ralf Rangnick put Mason Greenwood back into the starting XI, seeing Marcus Rashford drop into a deeper role, and leaving Sancho out of the side.

Explaining his decision before the game, Rangnick told reporters: “In certain parts of the game [at Norwich City] we didn’t make the right decisions. I didn’t like the body language in some parts of the game.”

But, with United behind at half-time against Newcastle, Sancho was introduced for the second half and was tasked with rescuing the game for his side.

With the game deep into injury-time, Sancho sold a dummy to Miguel Almiron on the right-hand touchline and proceeded to dribble at the Newcastle defence.

Joelinton lunged into dispossess Sancho but the England winner drifted past the challenge and carried on his run. The pass to Cavani was interrupted by a foul, but the United striker was offside.

“I didn’t like it all,” confessed Rangnick after the game.

“We were trying to get better in controlling games. Today we didn’t control the game apart from a few moments. It’s all about energy, about physicality and who wins the second balls, the transitional moments.

“And in all of those areas, we were not at our best today. In the end, we got a point that’s the good thing, but the performance overall needs to be better.”