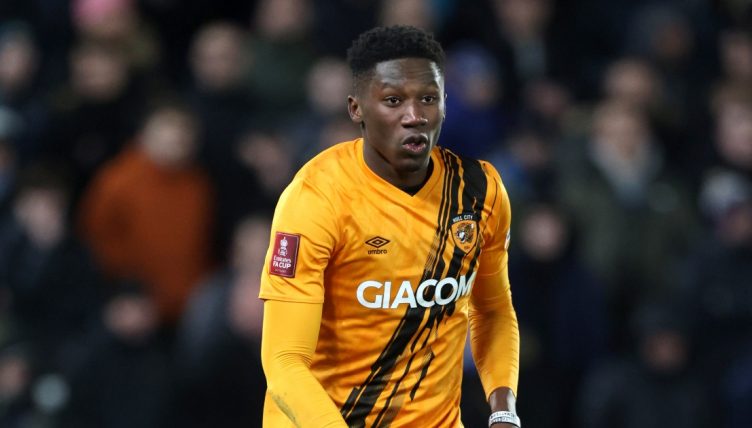 Bernard came through United’s academy and famously had a senior debut to forget, scoring an unfortunate own goal in a 2-1 defeat to Astana in December 2019.

But the centre-back is highly rated at Old Trafford and impressed during a loan spell at League Two side Salford City in 2020-21.

He stepped up two divisions by joining Hull on a season-long loan deal and made his 22nd appearance of the season in the game against Blackburn.

The 21-year-old came to Hull’s rescue in the 37th minute, covering for his goalkeeper and deflecting Rada Khadra’s goal-bound effort away for a corner.

Goals from George Honeyman and Tom Eaves gave Hull a 2-0 win over Rovers, who sit third in the Championship table and came into the clash unbeaten in their last 10 league matches.

“It has been a great experience for me so far to play regularly at a high level in the Championship,” Bernard recently told World Football Index.

“My goal when I joined Hull City was to play as many games as possible and contribute positively to the team and to the club.

“I believe that I have done that so far and shown everyone that I can play at this level. As a team, we had a tough start to the season but I believe that we have started to grow in strength as the season has progressed.

“I am enjoying playing under Grant McCann who played at a high level himself. He was complimentary of me when I spoke to him about coming to the football club and since I have arrived, I have worked as hard as I can to show him what I can do in training and in matches when called upon.”