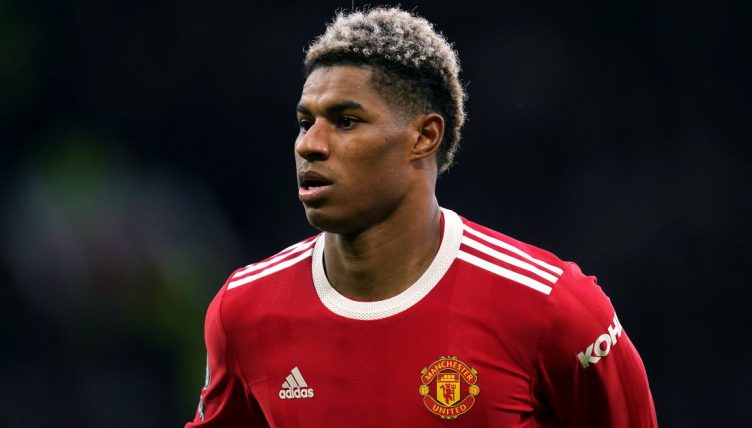 Marcus Rashford has not been in his best form for Manchester United this season and his woe continued in the Premier League game against Newcastle on Monday as he sent an awful cross into the crowd.

Since his emergence in the 2015-16 season, Rashfrod has at times looked like United’s most important player.

Rashford has struggled with a shoulder issue, which was operated on earlier this year, and was disappointing for England at Euro 2020, barely playing before missing one of the crucial penalties in England’s final defeat to Italy.

The 24-year-old has done some wonderful things off the field in 2021 – and for that, we commend him – but against Newcastle at St James’ Park on Monday night his on-pitch struggles continued.

In the 61st minute, with Manchester United 1-0 down, Rashford advanced up the left and into a shooting position. Where he might have once whipped in a delicious cross, he faltered.

Slicing across the ball with his left foot, he sent the cross flying towards the fans behind Martin Dubravka’s goal.

United did come back to draw 1-1, but Cristiano Ronaldo was visibly angry with his team-mates during the game, with Rashford receiving the brunt of the Portuguese goal-robot’s ire.

But on Sky after the game, Gary Neville stated his belief that the Ronaldo-Rashford double act could end up working.

“[Ronaldo] needs someone up top with him,” Neville said. “I think he’s looked good with Rashford – that’s one of the benefits of this system, getting Rashford up front alongside him has been great.”