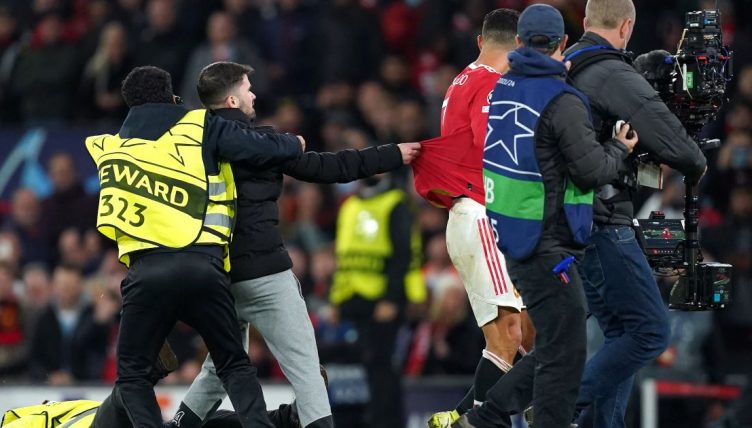 Manchester United were forced to come from behind once again in Wednesday night’s Champions League game against Atalanta, with that man Cristiano Ronaldo getting the winning goal. One fan was so excited by it that he could not contain himself.

United went down 2-0 in the first half at Old Trafford to goals from Mario Pasalic and Merih Demiral before mounting an incredible comeback in the second period.

The final say was only ever going to go to one man, though. Enter Ronaldo. With nine minutes to go, he leapt above everyone in the box and powered his header into the corner of the net.

For one supporter, the emotion proved all too much. Following the final whistle, he charged past stewards onto the pitch before sprinting towards Ronaldo and being taken out just as he managed to grab a handful of the United star’s shirt.

It was a close escape – but one that the Ronaldo seemed to find highly amusing.

Serious pace from the Old Trafford stewards to keep a pitch invader away from Ronaldo here. 😂#MUNATA #MUFC #UCL pic.twitter.com/pYMXRNFgaq