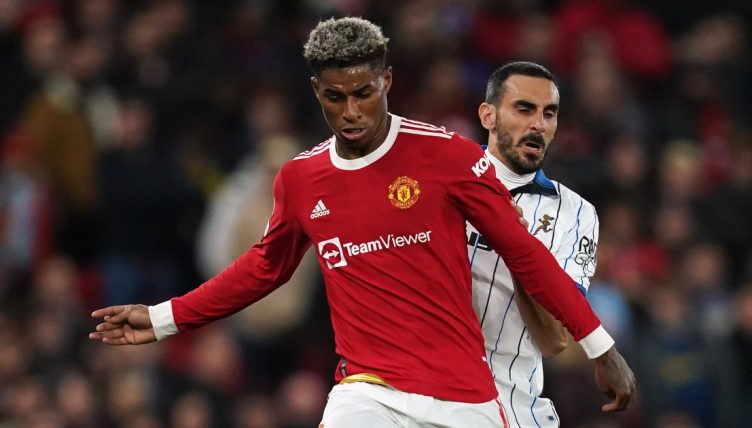 Manchester United went into half-time of their Champions League clash at home to Atalanta two goals behind, but they had more than a few opportunities to halve that deficit.

The best of the lot fell to Marcus Rashford, making his first start for United since the Europa League final, but he paid the price for dallying on the ball when through on goal.

Rashford didn’t look at all rusty when he scored emphatically 15 minutes into his first appearance of the season off the bench in Saturday’s 4-2 defeat to Leicester, but he might have wished he pulled the trigger a bit sooner here.

Having taken his time to take his shot, Atalanta centre-back Merih Demiral did brilliantly to get back and athletically dive into a superb last-ditch tackle to hook the ball away.

It was agony for any United fans watching, but for any neutrals it was an immensely satisfying and perfectly executed piece of defending – not to mention how the Turkey international celebrated his tackle as if it were a goal.

To make it extra impressive, Demiral appeared to be struggling with a hamstring complaint throughout the first half and he was subsequently withdrawn at the break. Rashford, meanwhile, did get on the scoresheet to get Solskjaer’s Red Devils back into the contest in the 53rd minute.