Watch: Mane blasts the ball over in gilt-edged chance for Liverpool 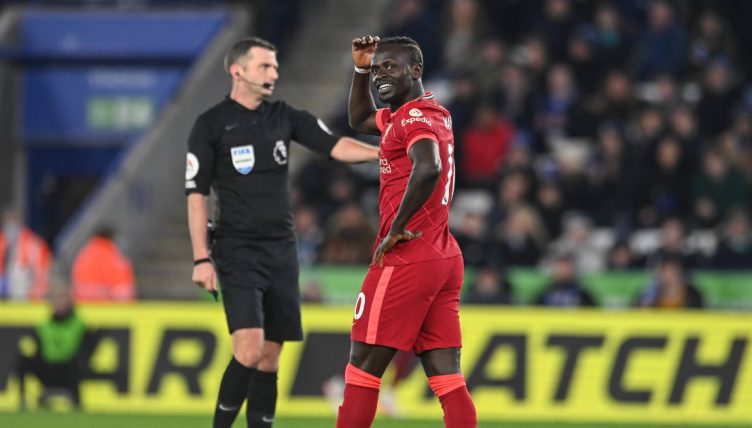 Sadio Mane blasted an effort over the bar when he was sent clear through on goal in Liverpool’s 1-0 loss to Leicester City in the Premier League.

The Senegalese attacker was poked through on goal by Diogo Jota in the 54th minute with the scores still tied at 0-0.

It was a wonderful opportunity to open the scoring, even with Kasper Schmeichel rushing off his line to meet him and Timothy Castange closing in on him from behind.

Yet Mane could only blast the ball upwards, the effort sailing over the bar.

He had wrapped his right foot underneath the ball and whilst he sent it past Schmeichel it also flew past the crossbar and into the stands.

Mane has not scored or assisted in the Premier League since he did both against Arsenal in late November, a run of form that will have Jurgen Klopp concerned.

The attacker will soon be heading off to represent his country at the African Cup of Nations, which will provide further problems for Klopp to solve as he loses some of his best players to the tournament.

Just five minutes after missing, Mane would dismay when Ademola Lookman opened the scoring for Leicester City in the 59th minute, completing a wonderful counterattack.

If Mane had scored it could have completely changed the game, but Liverpool went on to lose and failed to score for the first time in 35 matches.