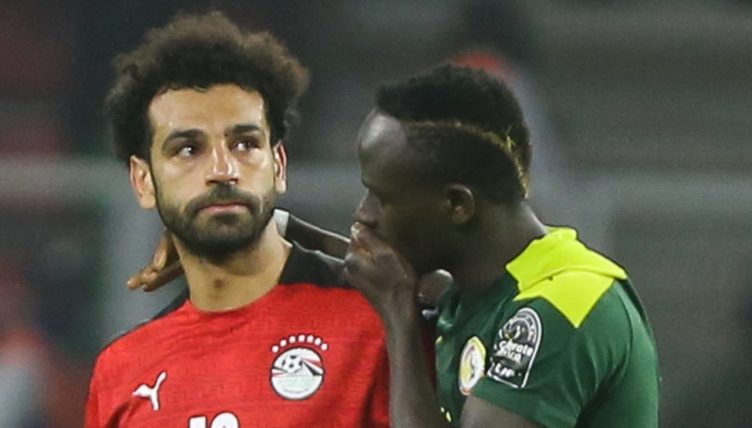 Sadio Mane comforted his friend and Liverpool team-mate Mohamed Salah after he scored the last penalty to win Senegal the 2022 African Cup of Nations.

Mane may have joined in the initial celebrations with his fellow countrymen after he emphatically scored the last penalty, but it wasn’t too long until he searched for Salah to console him.

Mane put his hand around Salah and said some words to the winger, who has been in red hot form for Liverpool this season.

But the 29-year-old couldn’t find a way to help his Egyptian side triumph over Senegal in a tight and hard-fought AFCON final.

Mane blew the best chance of the game, missing a penalty in the first half. It was therefore poetic that it was he who scored the last penalty, firing hard and accurately into the bottom left corner.

Egypt have won the tournament more than any other nation, claiming the trophy seven times, though Salah has never lifted it himself.

This was Senegal’s first-ever AFCON victory, having finished runners-up at the last tournament in 2019 and in 2002.

In the 2002 final it was current Senegal manager, Aliou Cisse, who missed the decisive penalty that lost his side the final.

“It just shows that if you work hard, if you persevere, you will get what you want,” Cisse said after Senegal’s victory.

“I am very emotional because the people of Senegal have wanted this trophy for 60 years.”

“It’s not only the most important trophy [I have won], but it is the best day of my life,” Mane said after the match.

He might have won it for Senegal, but Sadio Mane made sure to console his Liverpool teammate after winning the Africa Cup of Nations 🥺 pic.twitter.com/Usa94tVUIj