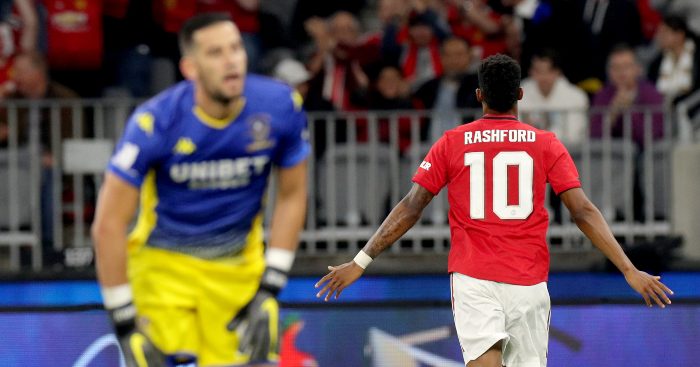 Marcus Rashford caught the eye in the first half of Manchester United‘s pre-season friendly against Leeds United in Perth with a superb solo goal to put the Red Devils 2-0 ahead.

Rashford gave Leeds a warning just two minutes into the game when he struck the post with a smart effort from the right-hand side of the penalty box.

And the England striker, leading the line in the absence of Romelu Lukaku, doubled United’s lead in the 27th minute after Mason Greenwood had earlier but Ole Gunnar Solskjaer’s men ahead.

We’re not going to lie, we feel quite sorry for Leeds defender Gaetano Berardi watching this back.