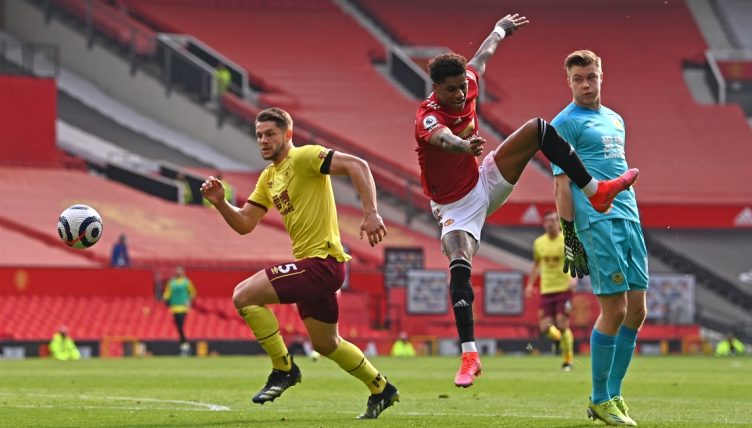 Elastico’s are fast becoming Marcus Rashford’s trademark and he busted out another during Manchester United‘s 3-1 win over Burnley.

United were made to work hard for their success, but late goals from Mason Greenwood and Edinson Cavani secured three points for Ole Gunnar Solskjaer’s team.

Rashford didn’t find the net, but he caught our attention with another elastico during the second half.

Coming in off the left-wing, as is becoming his forte, the England forward drew Burnley captain James Tarkowski in before selling him the ultimate dummy.

Tarkowski looked bewildered as his opponent sped past him and put in a low cross that was deflected away.

Rashford has been in sensational form over the past few years. Since the start of the 2019-20 season, he’s now contributed 27 goals and 15 assists in the Premier League.