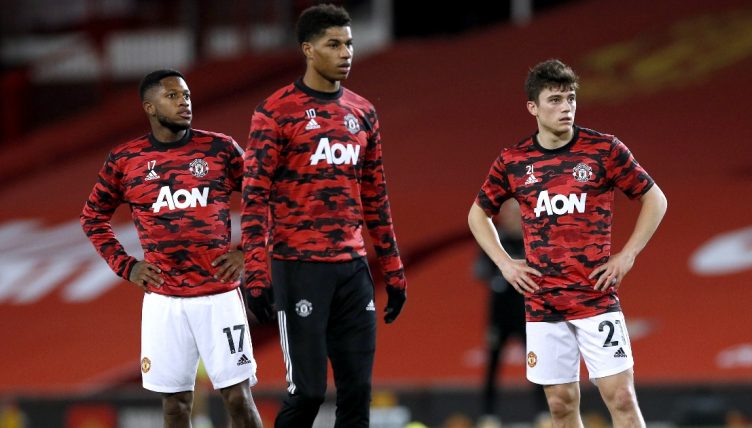 Pace has never been more important in football than it is in the modern game, but it almost went too far for Manchester United when Marcus Rashford and Dan James looked as if they were having a race mid-game.

The clip has only recently emerged online, despite being taken from the Red Devils clash with Chelsea at Stamford Bridge at the end of February.

Both Rashford and James have proven useful weapons during Ole Gunnar Solskjaer’s time in charge of the club, with the former netting 20 in all competitions this season alone.

James has found the goal five times this campaign, taking his tally to nine in 69 games for the club.

With the score still 0-0 in the February clash, United burst forward, looking to claim a precious three points in their bid to close down Manchester City at the top of the table.

As the ball was played out to Scott McTominay on the right wing, both Rashford and James set off, almost running in sync as they flew past a flagging Cesar Azpillicueta.

A photo finish if ever there was one.