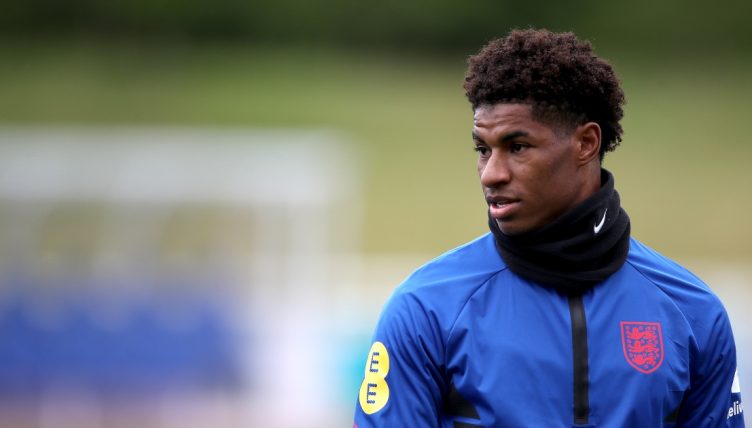 Rashford has been limited to substitute appearances during Euro 2020 so far despite England’s struggles in front of goal.

And the Man Utd forward would have caught the eye of Gareth Southgate with this party piece at St George’s Park.

Midfielder Phil Foden was balancing the ball between his shin and ankle, flicking it up into the air before catching it on his body.

Foden whacked the ball skywards when control became too difficult and into the path of Rashford.

After waiting for it to drop from the sky, the 23-year-old killed the ball stone dead with his right foot before smashing it against an advertising hoarding.

Rashford and Foden are two players who will be hoping that Southgate selects them in the starting line-up to face Germany at Wembley on Tuesday.

This touch from Marcus Rashford 😍 pic.twitter.com/0Wcx2ykYCI