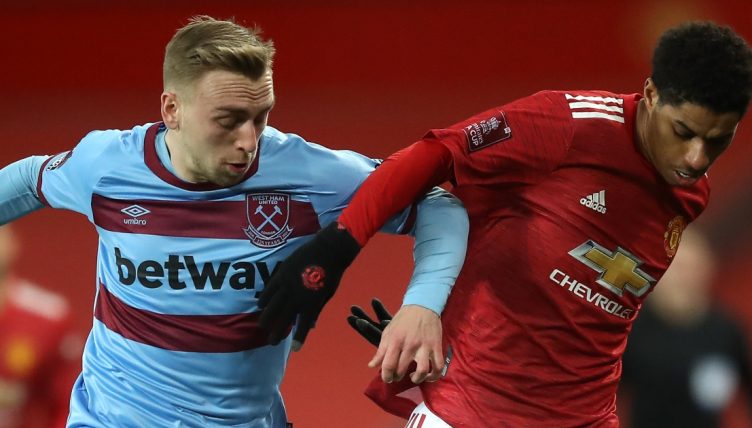 The first half of Manchester United‘s FA Cup Round Of 16 clash with West Ham passed by with few incidents, but Marcus Rashford helped bring some incident.

As David Moyes returned to Old Trafford, looking for a first win there as an opposition manager, his Hammers sat deep, asking questions of a United side resting their talismanic playmaker Bruno Fernandes, left on the bench.

Lukasz Fabianski was forced into making one brilliant save, but otherwise the hosts have had to be patient when it comes to breaking down in-form West Ham.

But they weren’t totally without moments of inspiration, not least from Rashford, who picked up the ball just outside the penalty area before Mark Noble came charging looking to make a tackle.

Rashford wasn’t having it, with a perfectly executed pirouette, leaving the West Ham veteran – like Gary Cahill yesterday – presumably questioning whether he’s still cut out for this game.