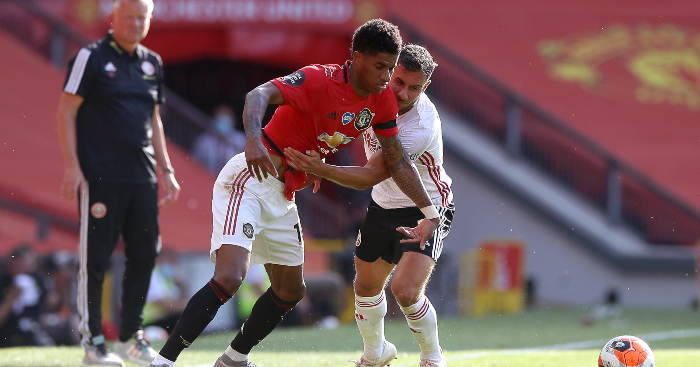 Anthony Martial put Sheffield United to the sword in the first half of their clash with Manchester United at Old Trafford on Wednesday night – and it could have been much worse for the Blades were it not for a poor miss by Marcus Rashford.

Rashford provided a smart assist for Martial to open the scoring early on with a driven ball across goal which the France international diverted into the back of the net.

And Martial grabbed his second just before half-time, but he should also have had an assist to his name going into the break.

A swift counter-attack saw Martial put through on goal with just goalkeeper Simon Moore to beat, only to neatly square the ball to present Rashford with an open goal.

The England international scuffed the ball wide, to the shock of Gary Neville in the commentary box.

How has he missed that?#MUFC break in devastating fashion but Rashford somehow misses an open goal under pressure from Robinson!