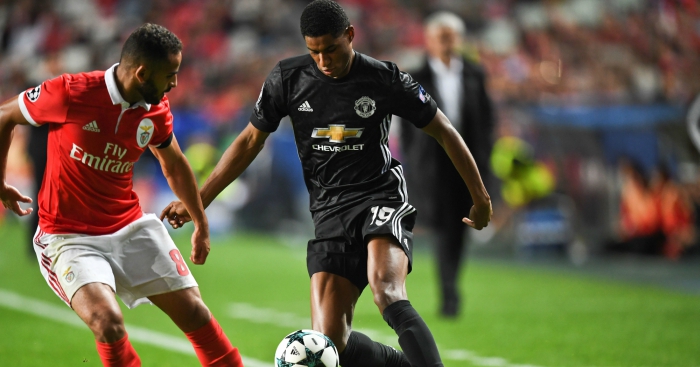 Marcus Rashford may have scored the winner for Manchester United at Benfica on Wednesday, but the real moment of the match came in his tormenting of the Portuguese club’s right-back.

United ground out a 1-0 win at the Estadio de Luz as rookie goalkeeper Mile Svilar carried Rashford’s cross over the line.

Rashford has now scored six goals and registered for assists for United in an excellent start to the season for the 19-year-old.

And the forward also demonstrated his dribbling prowess, nutmegging on-loan Barcelona defender Douglas and leaving the Brazilian spinning on the floor.

Watch the clip below and enjoy. Do spare a though for poor Douglas though.