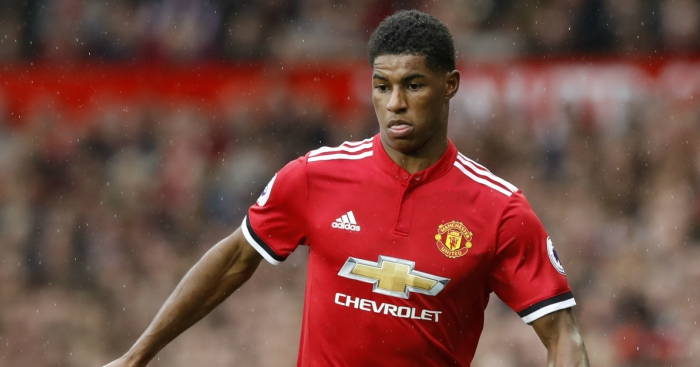 Manchester United continued their impressive start to the season by thumping Crystal Palace 4-0 at Old Trafford on Saturday – and Marcus Rashford was one of the players to catch the eye.

Jose Mourinho’s men have now won six of their opening seven league matches of the 2017-18 campaign and have scored 21 goals in the process, meaning they are level on points with Premier League leaders Manchester City.

Goals from Juan Mata and Romelu Lukaku, plus a Marouane Fellaini brace, fired the Red Devils to victory against bottom side Palace.

Anthony Martial also shone with a nutmeg which left Andros Townsend in disbelief, while Rashford displayed his own silky touch with some excellent close control in a difficult situation.