Watch: Mario Balotelli gets revenge on manager with cheeky celebration 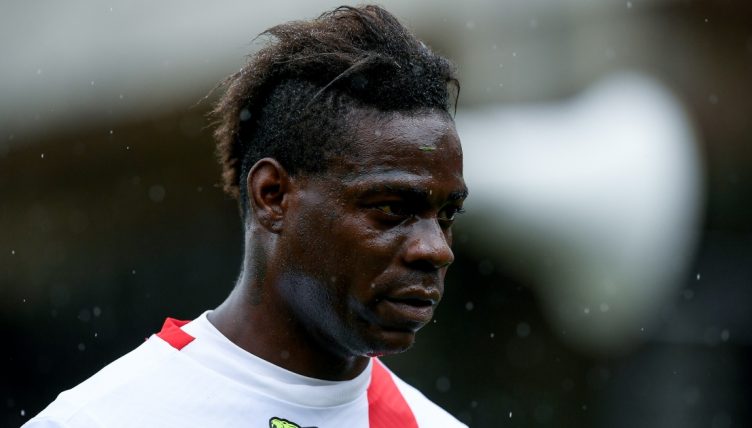 Balotelli has played for some of Europe’s biggest clubs, but he’s also been no stranger to controversy throughout his colourful career.

Back in 2011, he was famously subbed off in a pre-season friendly against La Galaxy after wasting a clear goal-scoring opportunity with a trick-shot that failed miserably.

Former Turkey international Sergen Yalcin was working as a pundit at the time and described the City forward as ‘brainless.’

Balotelli joined Turkish Super Lig club Adana Demirspor in July 2021 and made his sixth appearance for the club against Besiktas, who are now managed by Yalcin.

Besiktas were 3-0 up after 52 minutes but Matias Vargas pulled one back in the 60th minute. Balotelli then made it 3-2 and celebrated by running over to the opposition bench and pointing at his brain

The 31-year-old wasn’t finished there and even provided the assist for Britt Assombalonga’s equaliser in the 97th minute.

Mario Balotelli celebrating tonight in front of the Besiktas coach who said he had 'no brain' in an interview from 2013… 💀 pic.twitter.com/QDhYcVo4VF