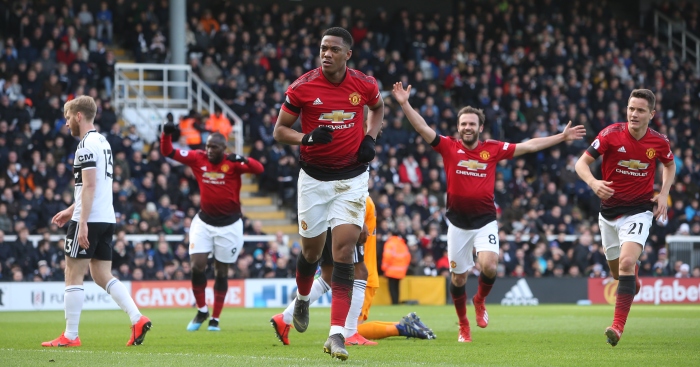 Anthony Martial scored a superb individual goal in the early kick-off on Saturday afternoon, and it rang bells for some Manchester United fans.

Martial picked the ball up within his own half and charged at the frightened Fulham defence before finding the bottom corner.

As it turns out, a certain Cristiano Ronaldo scored an identical goal (well, pretty much) back in 2007 at the same ground.

The Portuguese superstar must have left a path on the Craven Cottage turf for United’s number 11 who helped Ole Gunnar Solskjær’s men to a straightforward 3-0 win.

Both goals are below for your viewing pleasure.

Run ✅
Finish ✅@Cristiano‘s late winner secured all three points for us at Fulham in 2007! pic.twitter.com/GfGuo1Lb86