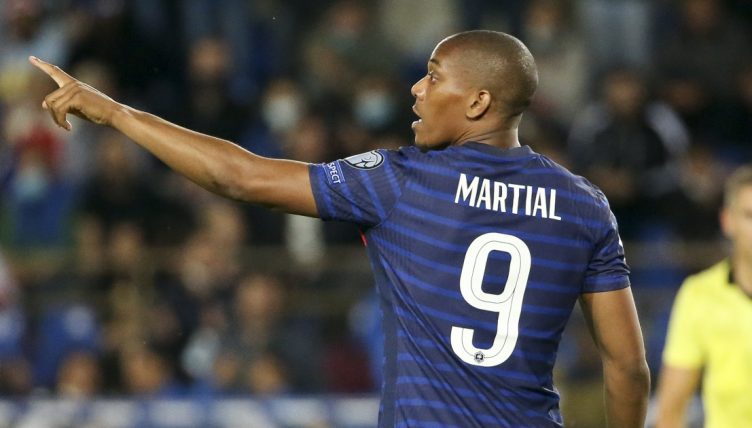 Manchester United fans will have had a sense of deja vu if they were watching France’s World Cup qualifier against Ukraine – a wonderful pass from Paul Pogba and a frustrating finish by Anthony Martial.

Les Bleus found themselves frustrated in the first half away to Ukraine, managing to muster just a single effort on target by the break – a tame Pogba header at a corner, comfortably saved by veteran goalkeeper Andriy Pyatov.

Martial was wearing the No.9 shirt for the visitors and had the best chance of the first half after a superb through ball from midfield by his Manchester United team-mate. It was a brilliantly weighted effort to break the Ukrainian lines and send the striker bearing down on goal.

But the United striker found himself unable to stick the ball in the back of the net, thwarted by Pyatov, and just a few seconds later things went from bad to worse as Ukraine went ahead through an excellent striker by Mykola Shaparenko.

But Martial did make amends shortly after the break, with an effort that squirmed past Pyatov and just past the line to draw Didier Deschamps’ men back on level terms in Kyiv.