Watch: Martin Keown says Arsenal need a ‘punch in the face’ to wake up 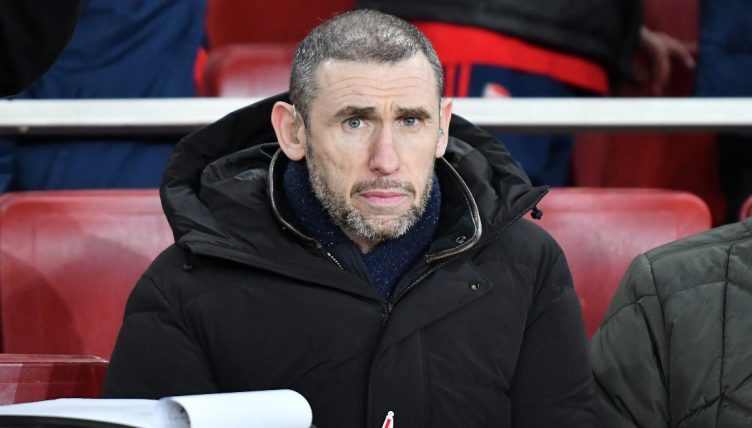 It was a frustrating evening for Arsenal in the first leg of their Europa League quarter-final against Slavia Prague last night as they could only muster a 1-1 draw at home to Slavia Prague.

Mikel Arteta’s Gunners dominated against the Czech champions, who arrived at The Emirates fresh from knocking out Leicester City and Rangers, but struggled to take their chances.

It wasn’t until after Arteta made four substitutions that Arsenal eventually found their breakthrough in the 86th minute, with Nicolas Pepe finishing superbly.

But Slavia Prague registered twice as many shots on target as the hosts and got their reward in the second minute of injury time when Tomas Holes bundled in a corner – seconds after Bernd Leno had got his side out of trouble.

Former Arsenal defender Martin Keown was on punditry duty for BT Sport and pulled no punches when in his post-match analysis. He deemed that a slap in the face was insufficient for this Arsenal team – instead needing a punch to wake up and play more proactively.

"They need somebody to slap them in the face almost, or punch them in the face before they wake up and they start to play."@martinkeown5 believes that Mikel Arteta's Arsenal gave too much respect to Slavia Prague in the #UEL tonight 👀 pic.twitter.com/LnE2DSQzqk