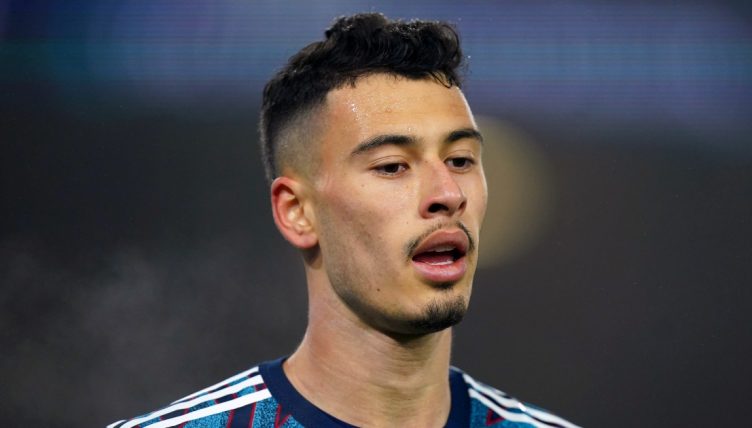 Arsenal recovered from Granit Xhaka’s dismissal to secure a 0-0 draw at Liverpool in their EFL Cup semi-final – with Gabriel Martinelli’s penalty-area tackle on Curtis Jones demonstrating their resolve.

The Gunners travelled to Anfield knowing that the EFL Cup represented their last chance of winning silverware this season after their FA Cup exit at Nottingham Forest.

Mikel Arteta named a strong team for Thursday’s first-leg but Arsenal found themselves up against it after Xhaka was sent off for kicking Diogo Jota in the chest.

Fearing another thrashing at a venue where Arsenal traditionally perform poorly, their remaining 10 players dug in and frustrated their hosts – Liverpool ended the match without having recorded a single shot on target.

And Arsenal’s resilience was shown by Martinelli’s superb tackle to dispossess Jones.

The 20-year-old had to time his challenge just right and Arsenal legends such as Tony Adams would have been proud of the young striker.

Arteta praised the defensive effort of his players after the game. “I am really proud of the what the boys did today, in a difficult stadium against a great opponent and playing 70 minutes with 10 men,” he said.

“It was about the fight, the spirit and commitment and quality to play the game.

“You are willing to accept you are not going to play the game you want.

“When you play with that spirit and fight and brotherhood around the team you get rewarded and I think that is what happened.”

Watch: ‘That’s what we f*ckin’ do’ – Ben White reacts to Arsenal display