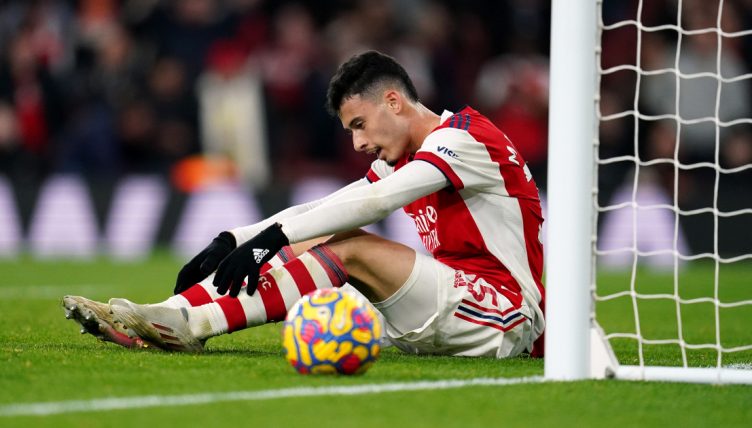 Arsenal had a fantastic first half against Manchester City in their New Year’s Day fixture in the Premier League, but it almost got even better when Gabriel Martinelli just missed the target following a remarkable solo run.

Bukayo Saka scored the opener for Arsenal in the 41st minute and 10 minutes later Martinelli nearly doubled their lead.

Collecting the ball from deep he went on a long, winding run.

The young Brazillian took the ball to the byline and when Joao Cancelo came across to challenge him, he left the Portuguese full-back for dead, skipping past him and continuing his run towards goal.

He cut inside past Ruben Dias and back across the recovering Cancelo. Martinelli then fired a snap shot across goal towards the far post, but it just bounced past the post.

It was a stunning move by the 20-year-old who has recently found a rich vein of form, scoring three in his last three league games prior to the match with City.

The Brazilian joined Arsenal in 2019 from Brazilian side Ituano, choosing to join the Gunners from a host of suitors.

He has taken on a more regular first-team role in the prolonged absence of Pierre-Emerick Aubameyang for disciplinary reasons.

Arsenal currently sit fourth in the table, with Spurs and Manchester United who sit below them both having games in hand in what is sure to be an exciting race for top the four.