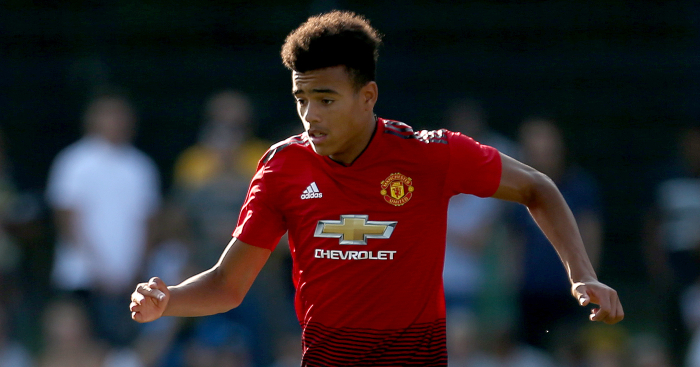 Mason Greenwood has earned plenty of admirers this season after bursting onto the scene with Manchester United – and his ability with both feet has caught the eye in particular.

After making four first-team appearances last season, 2019-20 has proved to be Greenwood’s breakthrough campaign at Old Trafford, scoring 12 times in 36 games this term.

The forward, still just 18 years old, averages a goal or assist every 103.4 minutes for United’s first team this season.

One of his main assets is his comfort with both left and right feet, and a compilation which has emerged online of his evolution shows that practice has made perfect in that regard, as the footage shows him working on both feet as a young child.

Evolution of Mason Greenwood so far 💫