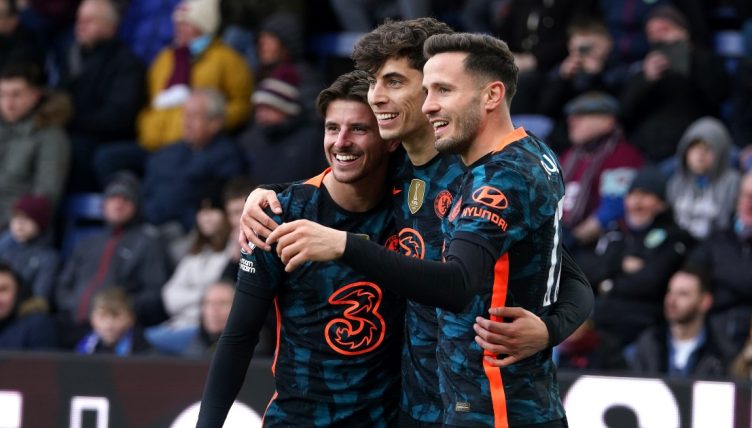 Mason Mount had the utmost confidence in Kai Havertz’s goalscoring abilities during Chelsea’s 4-0 win against Burnley at Turf Moor.

Chelsea dominated possession during the first half but struggled to create many clearcut chances and didn’t really test goalkeeper Nick Pope.

But Thomas Tuchel’s side were at their scintillating best in the second half and Reece James marked his first start in 2022 with a brilliant goal in the 47th minute.

After Christian Pulisic sent a pinpoint cross into the penalty area in the 52nd minute, the ball was guided home expertly by Havertz.

While most of the Chelsea players began celebrating when the ball hit the back of the net, Mount was seen raising his arms before Havertz had even touched it.

The Germany international scored his second goal of the game three minutes later and Pulisic got in on the act 21 minutes from time, rounding off what turned out to be a comfortable win for Chelsea.

“We’re very pleased,” Havertz said after the game. “The result is very good for us. We needed these goals and the clean sheet. It was difficult, especially in the first half. It was important that we scored early in the second half.

“We switched our formation a little bit [at half-time] – I think that helped us. Reece’s goal was brilliant and it helped us a lot. We’re pleased about these four goals.

“The confidence is there. I think after the loss in the Carabao Cup final it was a little bit hard to come back, but we showed great character in the FA Cup.

“The first six months of the year were hard, especially the winter when we had a lot of injuries. We’re on a good run again and we want to keep that going.”