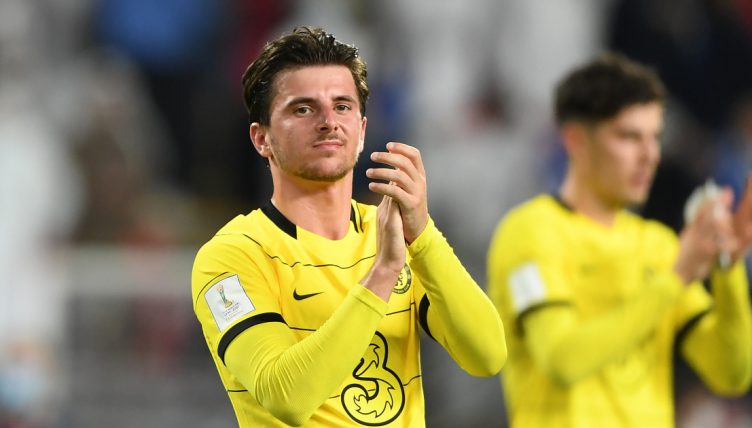 Mason Mount was an unfortunate casualty in Chelsea’s Club World Cup final win over Palmeiras, as he was substituted with an ankle injury in the first half.

The 23-year-old is a crucial player in the Chelsea midfield, and it will be a big loss if he is unavailable for a lengthy period.

But the injury did not stop the England international from passionately celebrating Kai Havertz’s late winner from the bench, as he rushed onto the pitch along with the other substitutes, jumping and shouting with pure joy as Chelsea sealed their first Club World Cup title.

Mount, who assisted the winner in last summer’s Champions League final, is going from strength to strength at Chelsea and is building up an impressive collection of trophies at such a young age.

There is cause for worry at Chelsea as Mount left the pitch on crutches and manager Thomas Tuchel is concerned about the nature of his injury.

“Mason was injured, in one of the very first scenes where he made a run to the far post with [Cesar] Azpilicueta, they both fell and his opponent fell on his ankle,” Tuchel said after the game. “And he hurt his ligaments badly, so we have to see.

“He came straight to me and said he does not feel good, it felt painful and he did not know if he could continue. So we had to make the decision.”

Chelsea have now completed a clean sweep of trophies since the arrival of Roman Abramovich in 2003 and will hoping to add to that in the upcoming Carabao Cup final against Liverpool, whilst also fancying their chances in the FA Cup and the Champions League.

The reactions from the Chelsea bench as Havertz scored his penalty… 🤩 pic.twitter.com/crpv6ora5H