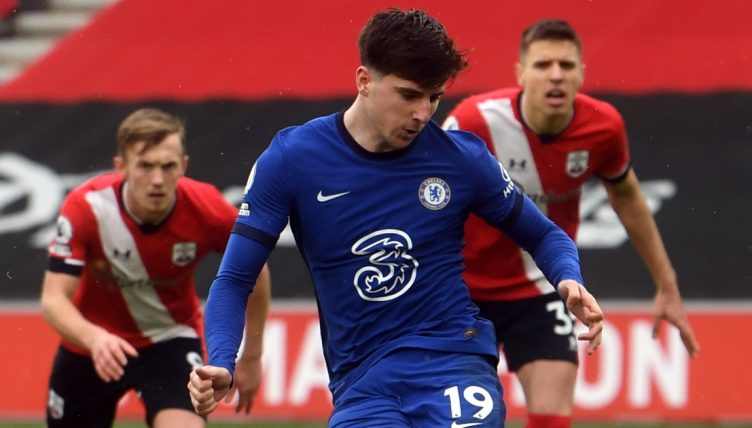 Chelsea were left to settle for a 1-1 draw away to Southampton in Saturday’s early kick-off, but Mason Mount impressed once again amid his side’s frustrations.

Following Liverpool loanee Takumi Minamino’s well-taken opening goal, Mount got the Blues back on level terms early in the second half, winning a penalty before decisively slotting it home.

The Blues academy graduate has continued to be one of Chelsea’s standout performers since Thomas Tuchel’s appointment, and it was another good individual display at St. Mary’s.

Southampton ended their seven-match losing streak with the draw against the in-form visitors, but they were in danger of letting the point slip late on, when Mount demonstrated some brilliant skills to go bursting into the box.

Saints defender Jan Bednarek has had a few weeks to forget, scoring an own goal, getting sent off and conceding a penalty in the 9-0 defeat to Manchester United and he was left blushing once again after getting done by Mount.

The 22-year-old Chelsea midfielder showed brilliant footwork to beat Bednarek before breaking into space. Unfortunately he couldn’t follow it up by picking out a team-mate.