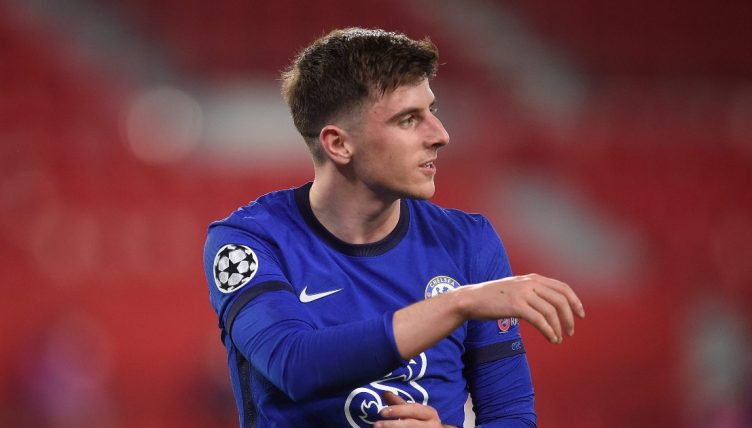 Mason Mount was clearly excited at the prospect of playing in a Champions League semi-final for the first time after Chelsea held on to beat Porto 2-1 on aggregate on Tuesday night.

Leading 2-0 from the first leg, Chelsea rarely looked like slipping up against Porto, who had previously knocked out Juventus in the round of 16.

The Blues kept their discipline throughout and only conceded in stoppage time to a spectacular overhead kick from Mehdi Taremi, whose own personal story just keeps on getting better and better.

But Chelsea held on and will now face either Real Madrid or Liverpool in their first appearance in a Champions League semi-final since 2014, less than three months on from sacking Frank Lampard and installing Thomas Tuchel.

As the club’s elder statesman, and the only player remaining at the Stamford Bridge to appear in that last semi-final against Atletico Madrid, captain Cesar Azpilicueta was discussing this fact in his post-match interview, which was promptly interrupted by a giddy Mount.

Something tells us the midfielder might be excited about reaching the final four.