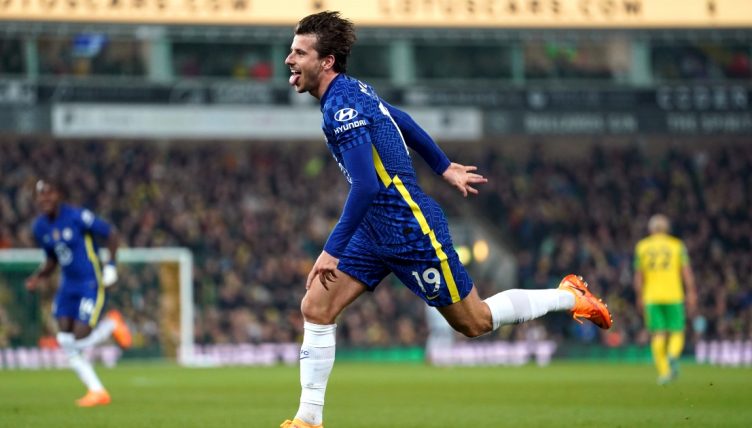 Chelsea midfielder Mason Mount showed his commitment to the club after scoring against Norwich City at Carrow Road.

The build-up to the game was dominated by news that Chelsea owner Roman Abramovich had been added to the UK’s sanctions list following Russia’s invasion of Ukraine.

Abramovich had recently announced plans to listen to offers for the Premier League club but the proposed sale has been put on hold as his assets are frozen.

The Blues will be permitted to continue playing games but are banned from selling match tickets and have even been forced to close their club shop. Chelsea will also be unable to buy or sell players, or offer new contracts, while the sanctions are imposed on Abramovich.

According to The Guardian, some of the Chelsea players are now concerned about the direction of the club and their own futures.

“I have to admit that this has not been a normal day,” Chelsea captain Cesar Azpilicueta told Premier League Productions before the game at Carrow Road. “We cannot control this matter.

“We come here and we’re focused on the game and we know we have to fight for the three points. We have to forget about the stuff that is happening outside.”

Despite all the drama off the pitch, Chelsea got off to a brilliant start against Norwich and Trevoh Chalobah opened the scoring in the third minute after meeting Mount’s corner.

Kai Havertz then showed great footwork in the 13th minute and set up Mount, who produced an emphatic finish to score his eighth goal of the season.

The England international, who joined Chelsea’s academy at the age of six, celebrated his goal by kissing the club badge in front of the travelling fans.

Norwich pulled a goal back through Teemu Pukki’s penalty before Havertz sealed the points with a late third for Chelsea.