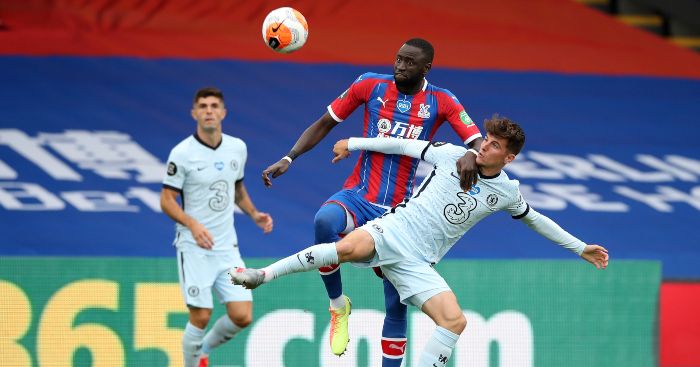 Mason Mount once again caught the eye for Chelsea alongside Christian Pulisic in the first half of Chelsea’s Premier League clash at Crystal Palace.

Chelsea arrived at Selhurst Park looking to leapfrog Leicester City into third place, having continued their impressive form into football’s restart, with the 3-2 defeat at struggling West Ham their only blip to date.

Leading 2-1 at half-time, Chelsea had made the perfect start when Olivier Giroud opened the scoring in the sixth minute, although Palace were unhappy the Blues played on after their former defender Gary Cahill pulled his hamstring in the build-up and subsequently had to be replaced.

Pulisic then doubled their lead before Wilfried Zaha’s stunner halved the deficit 10 minutes before the break.

Despite the three goals, our personal highlight was Mount’s beautiful turn on the run that left a Palace defender clutching at thin air.

Mason Mount. What a footballer. pic.twitter.com/DQGoyK8lWw