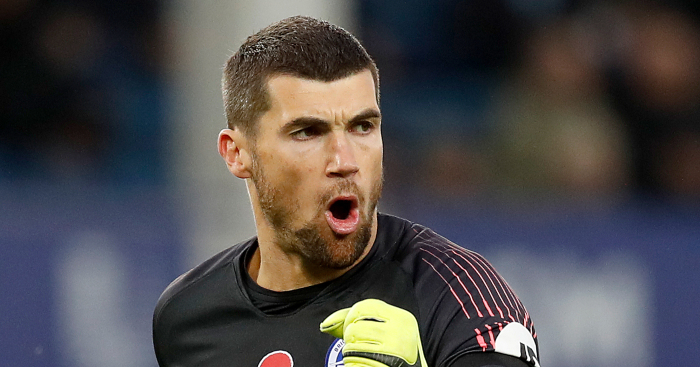 Jamie Vardy was almost gifted a 100th Premier League goal in bizarre circumstances as he almost pounced upon Mat Ryan’s strange blunder in Leicester City’s 0-0 draw with Brighton on Tuesday.

Leicester were left frustrated by Brighton at the King Power Stadium and ultimately had to settle for a point, which could prove vital for the visitors in the quest to avoid relegation.

But Vardy, chasing his 100th strike in the competition, was very close to being gifted the simplest of chances to put the ball into an empty net.

Brighton stopper Ryan tried to throw a routine ball out to his back four but somehow managed only to throw the ball over his own shoulder, but quickly got back to thwart Vardy from shooting.