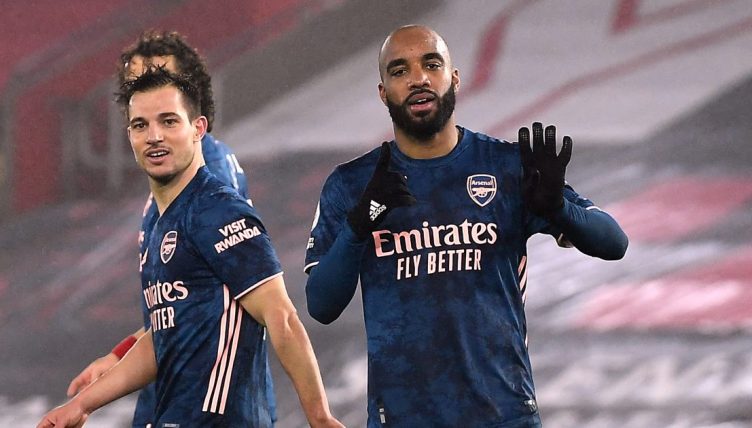 Lacazette was left screaming in agony after being on the receiving end of an Erik Pieters challenge in the second half at Turf Moor.

The incident was not serious enough to force the striker to even require treatment, and he was soon able to get up and carry on with the game.

“This season, we have really noticed with behind-closed-doors football that footballers do scream a lot when they are touched very mildly,” Gary Lineker said on Match of the Day.

“But I think we may have the Scream of the Season. In fact, there are three screams. Just to prove it, we have got a Scream’O’Meter. It is a world-record, isn’t it?”

When signing off at the very end of the programme, Lineker, Wright and Dublin all theatrically mimicked Lacazette by screaming in fake agony while grasping their legs in jest.