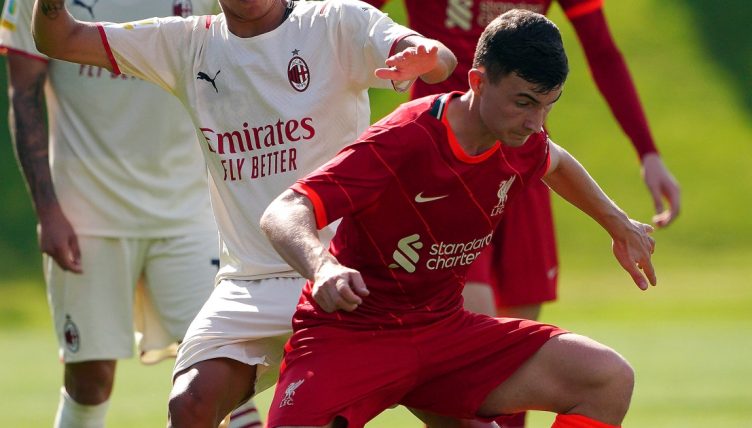 Liverpool youngster Mateusz Musialowski underlined his promise with two goals for the Under-23s against their Chelsea counterparts last Friday.

Musialowski has a legion of fans inside Liverpool and he’s earnt himself the nickname of the ‘Polish Messi’.

After impressing with the Under-18s last season, the 17-year-old has carried on his rich vein of form at a higher age group.

Liverpool were held to a 3-3 draw by Chelsea but Musialowski stamped his authority on the game with two quick-fire goals.

Chelsea made the mistake of allowing the winger time and space to thunder home a left-footed drive for the first strike and finished cooly after a great through-ball for his second shortly after.

“He’s so skilled with the ball at his feet,” Liverpool team-mate Jarell Quansah said in May 2021. “Trying to get it off him is very tough, and he’s one of the best dribblers I’ve come up against.

“I can’t think of anyone who is better than Mateusz [at Under-18 level] so I have full confidence Mateusz and [James] Balagizi are some of the best players in the country at this point.”