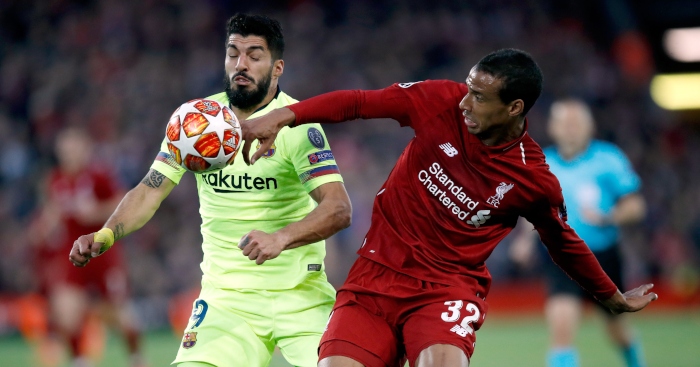 Liverpool pulled off an incredible comeback to knock Barcelona out of the Champions League semi-finals on Tuesday night – but it could have been a very different story were it not for a crucial intervention from Joel Matip early on.

The Reds overturned a 3-0 first-leg deficit with a remarkable 4-0 triumph over Barcelona at Anfield, secured thanks to braces from Divock Origi and Georginio Wijnaldum, while there were also tasty moments which set the tone including Andy Robertson and Fabinho.

Yet Barca could have effectively killed the tie with a crucial away goal shortly after Origi’s early opener, as they were presented with a four vs two opportunity inside Liverpool’s area.

The ball was cut back to Lionel Messi, who appeared certain to score, only for Matip to steal in and avert any danger with a well-timed tackle.