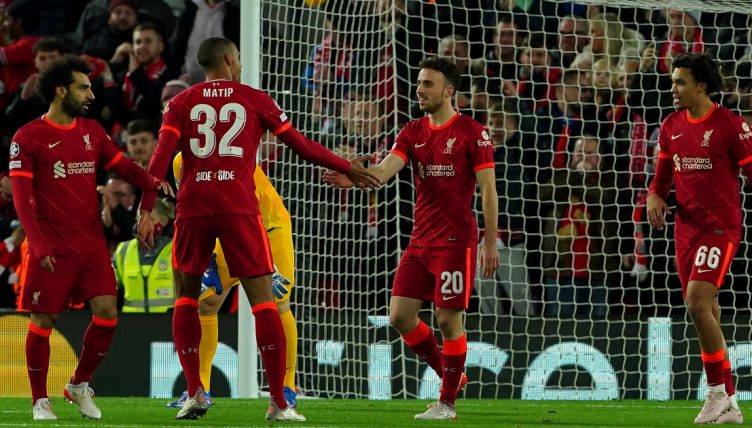 Joel Matip provided a stunning assist for Diogo Jota in Liverpool‘s Champions League match at Anfield against Atletico Madrid, only for the goal to be ruled out for offside.

The Cameroonian centre back strode forward from defence with the ball at his feet, before sliding a perfectly weighted through ball that pierced the Atletico midfield and defence, sending Jota through who finished calmly.

A VAR check showed that Jota had just slightly mistimed his run, and the goal was disallowed for a fractional offside.

Matip has had an impressive season so far. The would-be assist demonstrated his on the ball ability, which has helped Liverpool build up from the back.

The goal would have been Jota’s second of the game after he opened the scoring when he headed home a beautiful Trent Alexander-Arnold cross in the 13th minute.

Atletico went down to ten men in the 36th minute when Felipe’s challenge was deemed to be worthy of a red card.