Watch: Matteo Guendouzi dives in his own box before Hertha concede goal 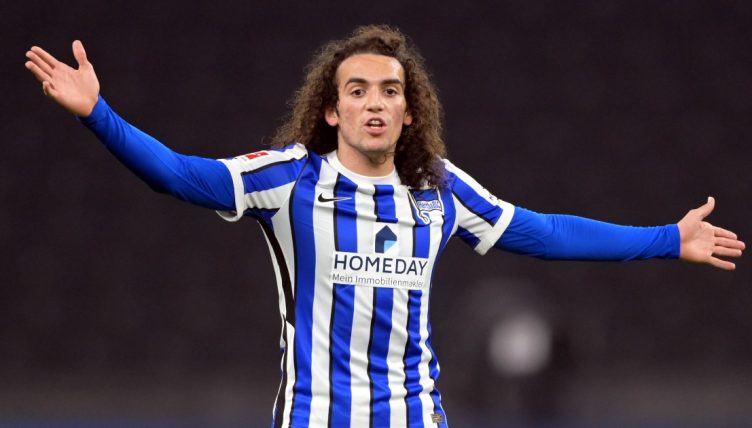 Arsenal fans will have been reminded of the questionable side of Matteo Guendouzi‘s game with his role in RB Leipzig’s third goal in their 3-0 victory over Hertha Berlin.

Guendouzi has shown some bright moments during his loan at the Bundesliga outfit this season, offering a reminder of how promising he looked in his early performances at Arsenal, but he won’t want to relive this.

The 21-year-old Frenchman picked up the ball just inside Hertha’s penalty area. He dallied for too long, failing to get rid, and eventually had the ball robbed from his toes by Tyler Adams.

Replays showed there was nothing wrong in the Leipzig forward’s challenge, which left Guendouzi in a heap on the ground, and he could only watch Nordi Mukiele slam home as he got back up and dusted himself down.

This all happened three minutes after he was brought on for Sami Khedira. You can imagine Hertha boss Pal Dardai will opt for the more experienced option in midfield again next time.

There’s evidently a great player in there somewhere, and he’s still young enough to learn from his mistakes, but it’s moments like this that make you remember why Mikel Arteta sent him away.

Diving in your own box is a bold move, as Matteo Guendouzi showed here.pic.twitter.com/wR7hhdGgDN